‘The Algarve Crime Thrillers’ are a series of easy to read novels, which sees two amateur sleuths, Michael Turner, a crime novelist, and Dr Samantha Clark, an ex police surgeon,both living and working in Southern Portugal's Algarve region, work closely with both London's Metropolitan police and Interpol, tackling various crimes that end up taking them all over the world.

The series opens with the hunt for ‘The Mijas Murderer’ and continues with the second novel ‘The Faro Forger’ which begins where ‘The Mijas Murderer’ ended. The third novel in the series ‘The Salzburg Suicides’ is now completed, with the publishers, contract signed and the book should be available early next year. Trevor has also finished writing book four in the series entitled ‘The Cairo Conspiracy’, and that is now on its way to the publishers in New York.  Trevor has already mapped out the plots for books five, six and seven in the series, and they will be ; 'The Paris Poisoner’, ‘The Klondike Killer' and ‘The Albanian Assassin’.

You can log in to this website anytime for progress updates on these and all other books, novels and projects of Trevor's. Happy Reading. 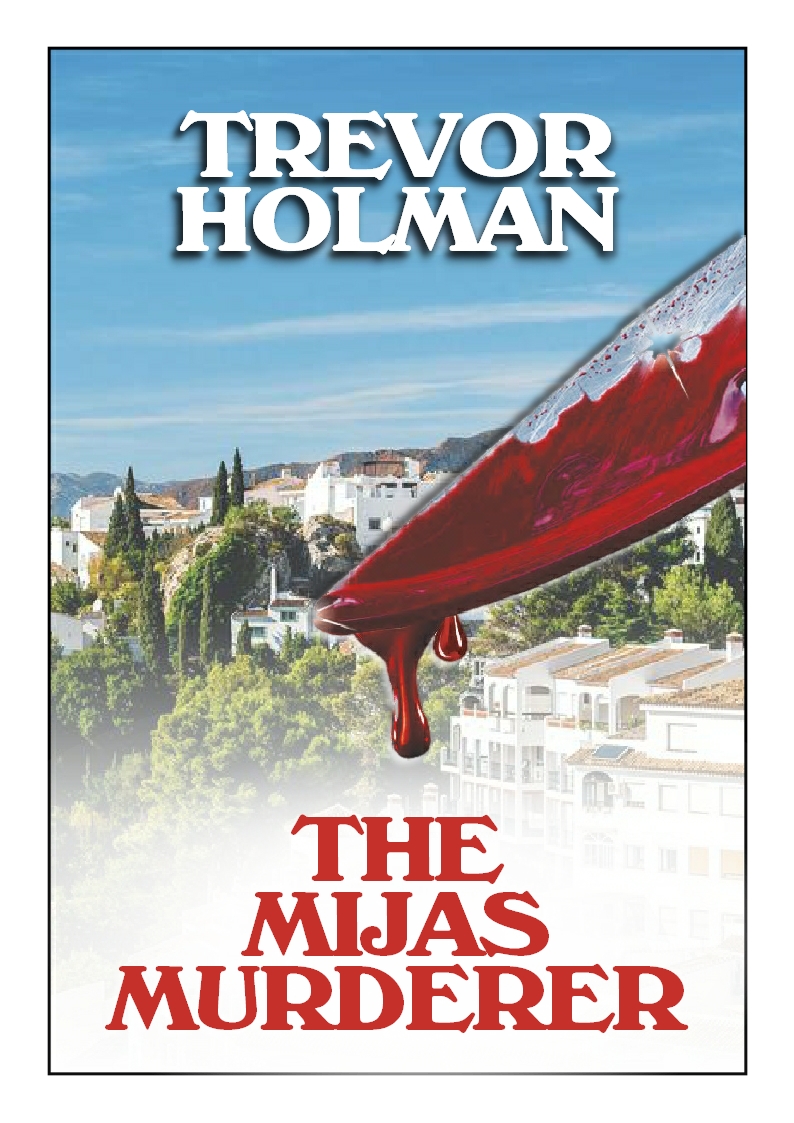 Michael Turner, a successful young crime writer living in the Algarve on the southern coast of Portugal, discovers his friend and neighbour has been brutally murdered, and Michael suddenly finds himself being asked to solve a real life murder. He recruits his best friend, Doctor Samantha Clark, an ex-police surgeon, and working with Interpol and both the British and Portuguese police, they end up going undercover and set about solving what becomes a highly complex case, taking them from Portugal to the UK, Spain, the Netherlands, Italy, South Africa and the Bahamas.

Sales of 'The Mijas Murderer' have been very succesful, paricularly in the United States where it was one of the publishers top five bestsellers. Read the recent interview with author Trevor Holman in the 'Press Coverage' section of this website.

Review of 'The Mijas Murderer' by Rosie

The story follows an amateur detective as he investigates the murder of his friend. It was interesting to travel with him to worldwide destinations in pursuit of clues and I enjoyed going behind the scenes in the police detectives department. Lots of dialogue in the book and no gore. I lent it to my friend who complained it was so compelling she got behind with her work!
Review of 'The Mijas Murderer' by Sue Knickle

This is an excellent holiday read and a page turner. I don't read a lot but this is a book that I have not been able to put down, and when I have a few minutes I am picking up wanting to read more. 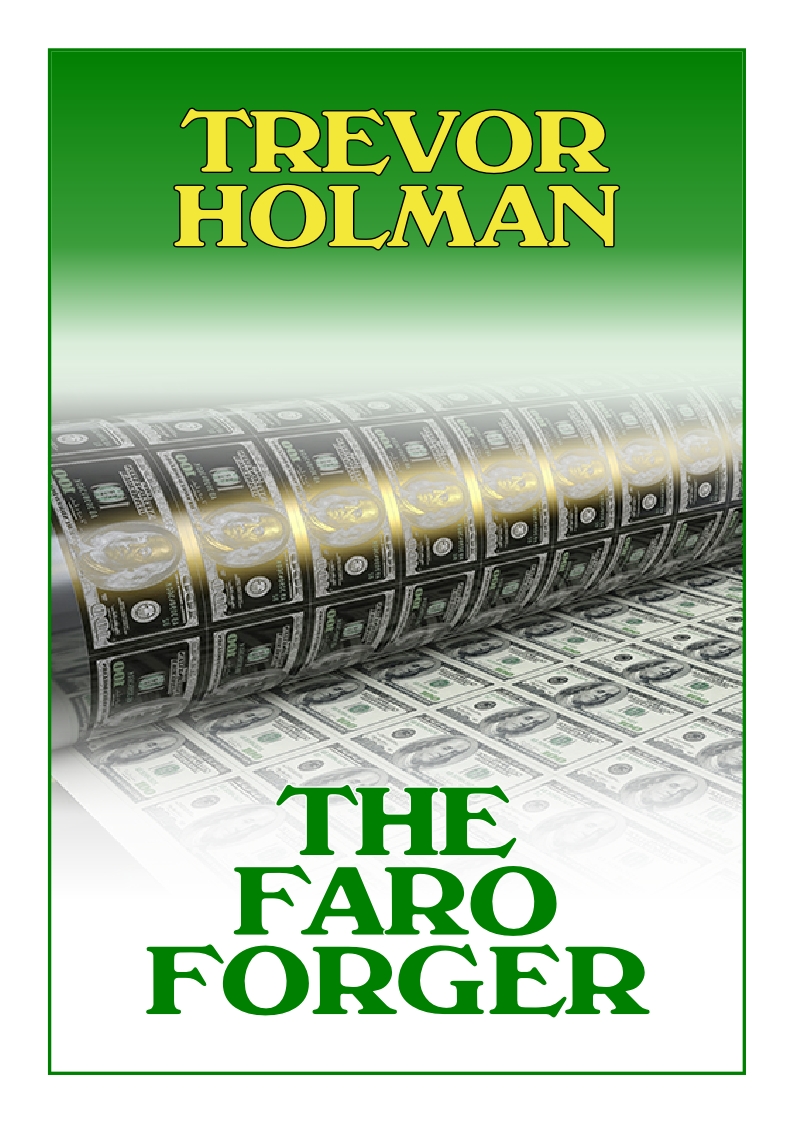 Michael Turner, a successful crime and travel writer, and part time police consultant, and Dr Samantha Clark, his fiance and an ex-police surgeon, both living in the Algarve are approached by Interpol, and are asked to help them in their world-wide search for the mysterious Faro Forger. Travelling through the UK, the south of France, Monaco, Greece, the USA, Canada, Dubai, Abu Dhabi and Oman, they find themselves involved in all manner of nefarious activities. They link up again with several old acquaintances from their last case ‘The Mijas Murderer’, and along with three new members of the team, they set out to unmask the mysterious and elusive Faro Forger. 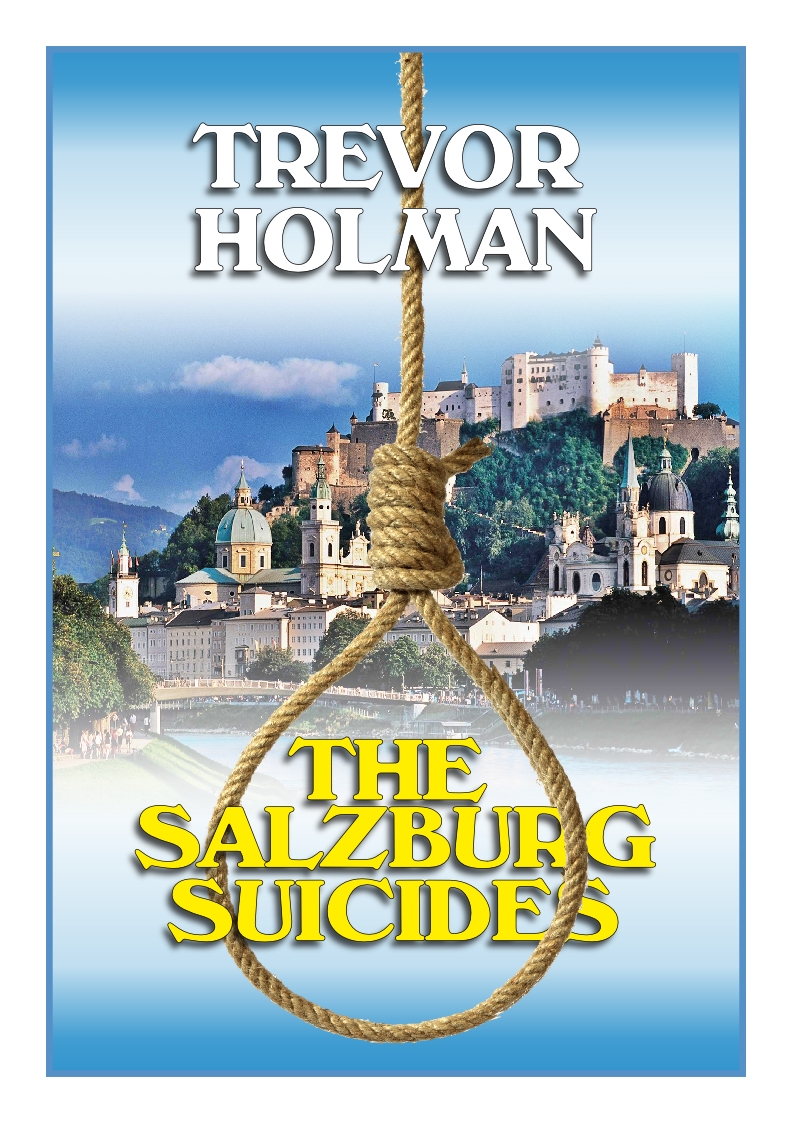 Michael Turner, a successful crime and travel writer, and part time police consultant, and his wife, Dr Samantha Turner, an ex-police surgeon, both living in the Algarve now work regularly with Interpol, and when Sam is informed by the Salzburg police that her ex flat mate has sadly committed suicide, Sam refuses to believe it. She and Michael set out to prove it just has to be murder, and Sam is of course correct, and the hunt for the murderer begins. Their enquiries take them to Austria, the UK, Malta, Poland, Rome, San Juan in Puerto Rico and numerous other locations. Working closely with their Interpol colleagues, the Metropolitan police in London and the Salzburg police, they run into one blind alley after another in trying to trace and arrest the murderer who seems to be able to change their appearance at will. 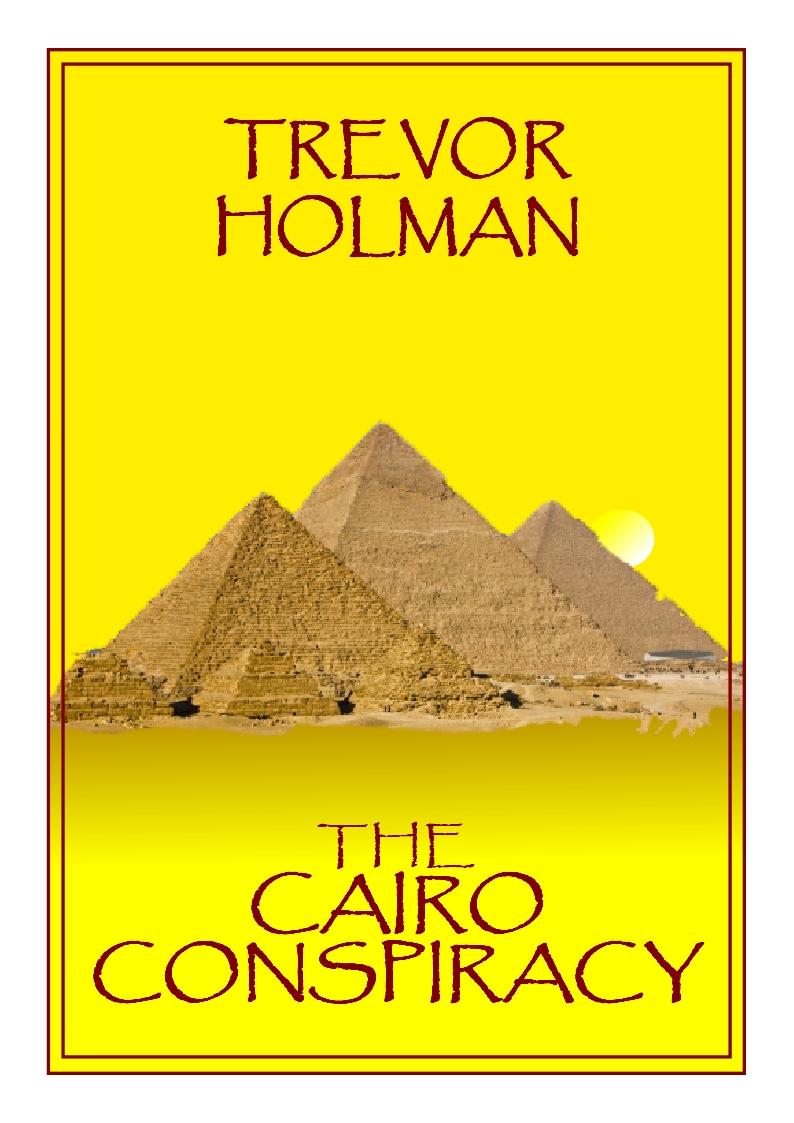 The UK government in London is to say the least worried. They’ve heard rumours of a conspiracy being planned between three Middle Eastern countries, with the aim of wreaking total havoc in numerous European and American cities, and then blaming it all on Israel. The conspirators meetings all take place in Cairo, and the UK government need people working on the inside. Unfortunately, the conspirators involved know all the UK’s undercover agents in both MI5 and MI6, and it’s no use trying to bring in the CIA or Mossad, because they know all of their agents as well. So the call goes out to Michael Turner and his wife Sam, who have worked undercover several times with Interpol and the police forces of London, Portugal, Austria and Dubai. They are warned by the UK Prime Minister that if they take it on, this assignment will be by far the most dangerous they have ever faced or have been involved with. 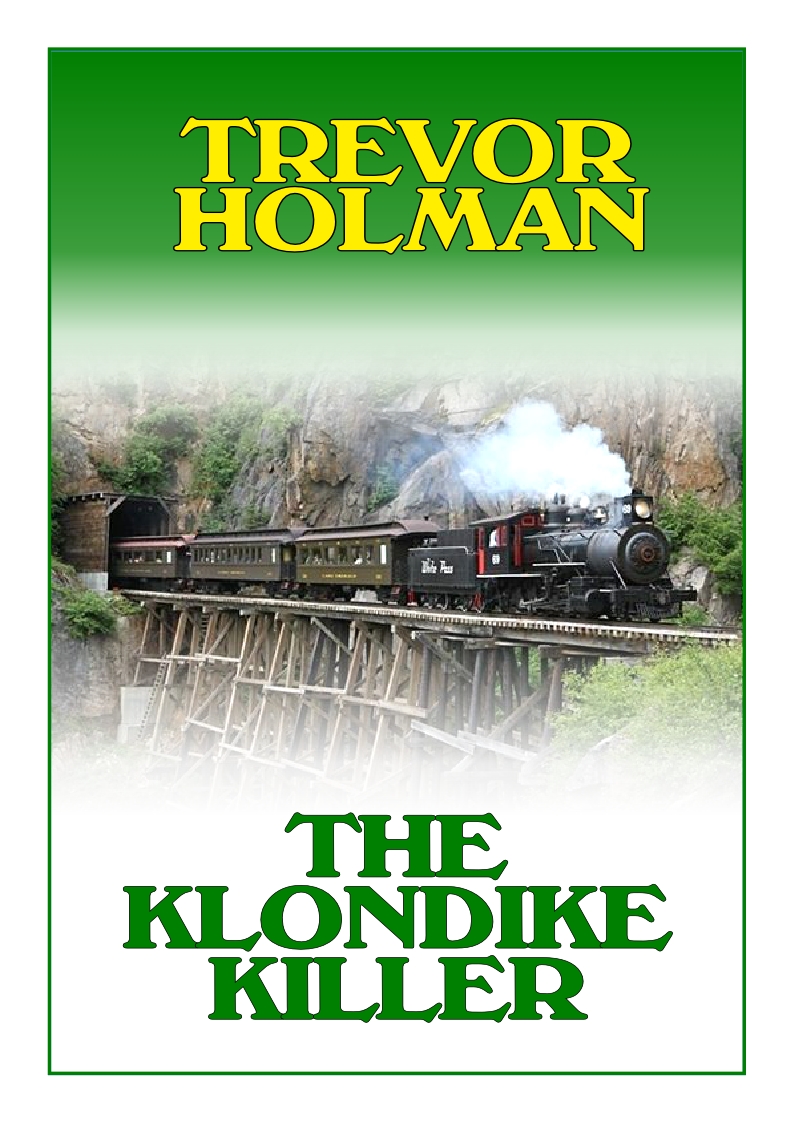 Michael and Sam head off on their long dreamed of Alaskan Cruise, visiting Juneau, Skagway, Glacier Bay, Ketchikan and Seattle. It should be a very relaxing time, but passengers around them keep getting killed, and to make matters worse, Sam is pretty sure the killer is one of the guests they eat with at their dining table every night. But how on earth do they find out which one is the killer? It could easily be army veteran Bob, or his self assured wife Diane. It might be aircraft engineer Ken, or perhaps his quiet, but very clever wife Anna. Maybe it’s the ex pop star Allen Ray or his wife - the vivacious Viv from Cuba. Whatever they do, they can’t let the killer know that they’re on to them, but far more importantly, they must find the killer without getting killed themselves. This is not what they expected on their relaxing cruise to Alaska’s Klondike! 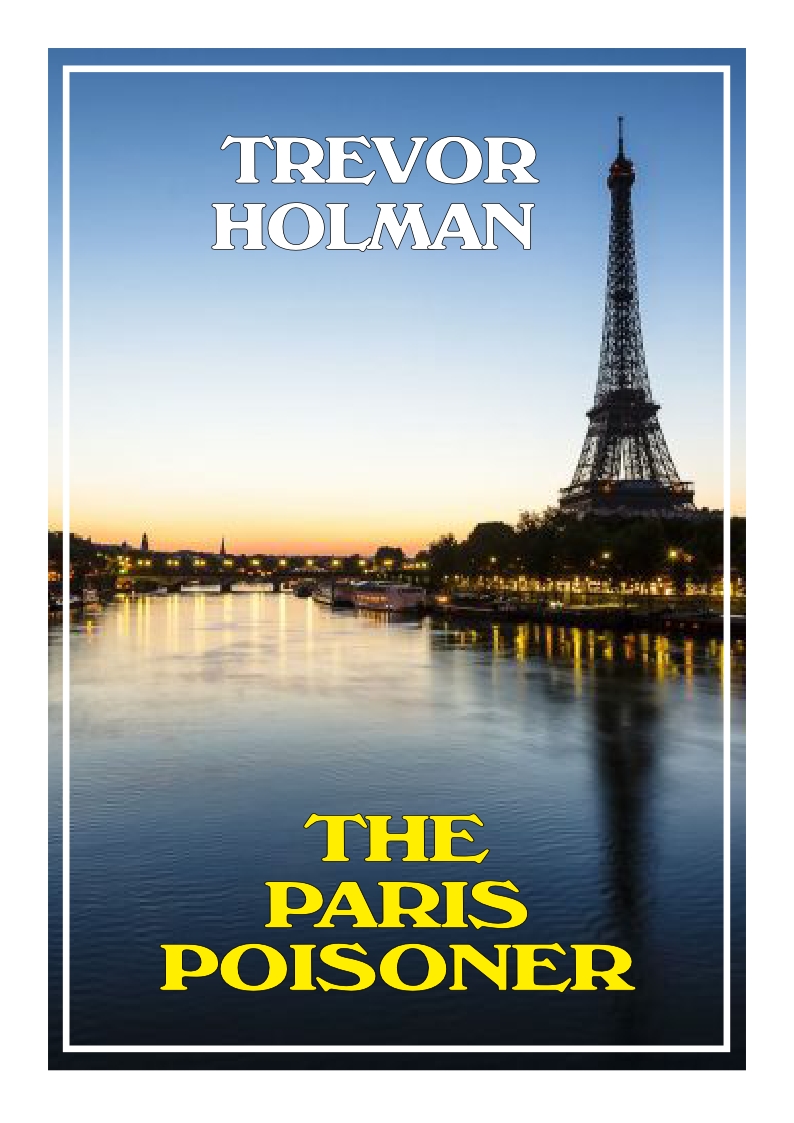 What starts out as a simple case of unfortunate food poisoning in an extremely up-market Parisian restaurant, soon develops into an outbreak of dead bodies all over Paris. Traces of a very rare poison are found during the various post mortem's, and foul play is obvious. So begins the search for the Paris Poisoner. The French Police can find no links between the deaths, and they have no obvious suspect. Reluctant though they are to do so, they need help and are left with no choice but to call in Interpol. Michael Turner and his wife Sam happen to be in Paris on a romantic weekend break, and as they are already on the scene, Interpol ask them to see what they can find out from the French authorities. Their enquiries naturally start in Paris, but pretty soon take them all over Europe, Morocco, Tunisia, Kenya and Tanzania. 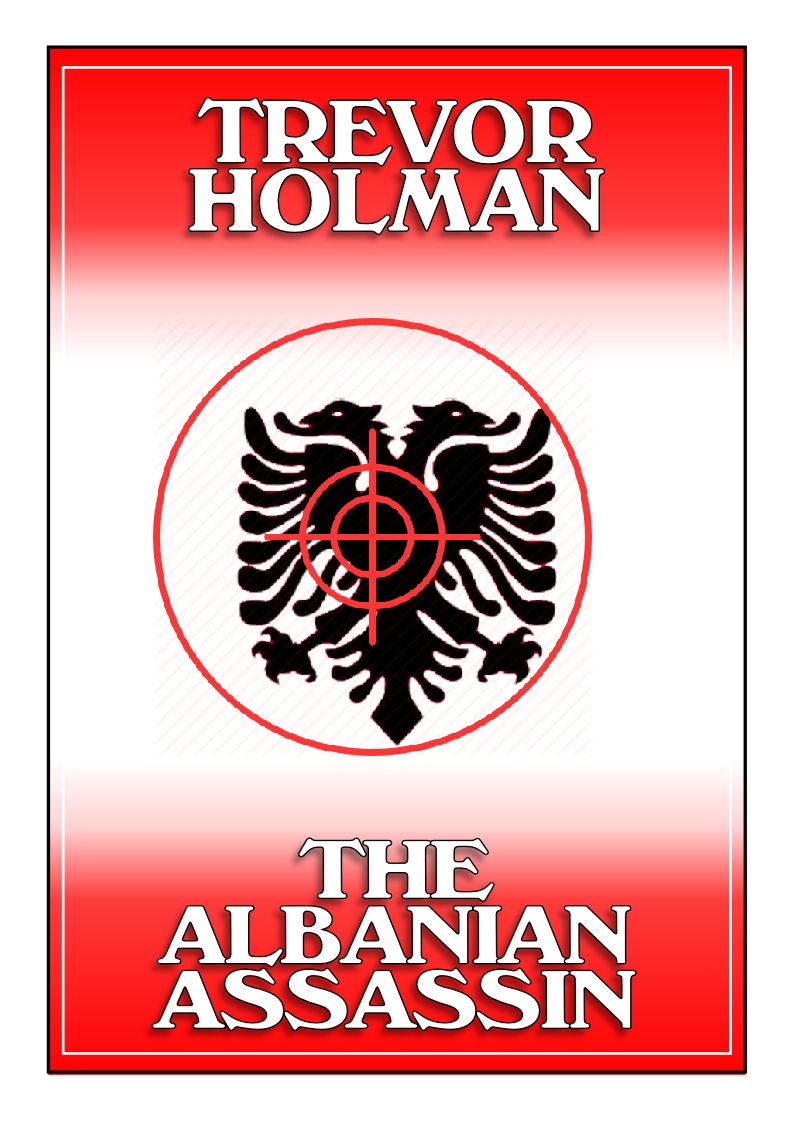 There has been a spate of both political and drugs crime based assassinations across both the United States and South America. Now the unknown hit-man has decided to widen his potential market, and is offering his services as the best assassin in the world to anyone in Africa, Asia or Europe that can meet his fee of five million pounds sterling per hit. The CIA, MI6, Mossad, and even Russia’s FSB have all tried to discover the identity of the assassin; but all to no avail. Remembering their recent success with the Cairo conspiracy, MI6 decide to once more turn to Michael and Sam Turner. Yet again they go undercover, on a journey that takes them to seven different counties, with the only clue being, MI6 think their target may well be from Albania - but only maybe !